A Whole Lot of History...

August 17, 2020
Back in the day (by that I mean the mid 80s and early 90s), music came on Vinyl and Cassette Tape. Yeah, CDs were just starting to make headway, but CD players were still expensive.  Me, being a poor student, stuck to the humble cassette tape.  They were rugged, cheap, easy to record on and best of all, easy to create your own mixes. You could, if you searched, get C120 tapes, on which you could fit up to 120 minutes of music!
Why do I mention this?  Well, this week I collected my old tape collection from my parents house.  It had been living in their attic, undisturbed, for the last 21 years.  Actually, not only did I pick up the tape collection, I picked up my vinyl collection also! 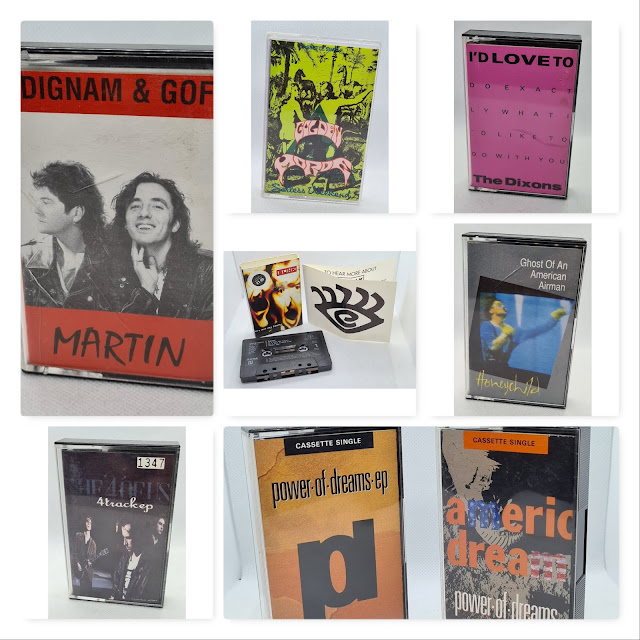 There were some absolute gems in the tape collection, Dignam and Goff, Power of Dreams, The 4 of Us, Blink, The Golden Horde, The Dixons, Ghost of an American Airman...  and that was just in one bundle!
Only another 170 something tapes to get through!
As for the vinyl, I haven't really gone through it yet, but I did notice some great singles from the Fat Lady Sings, That Petrol Emotion and, as it happens, all the singles from the Joshua Tree and Rattle and Hum!

Apart from those gems, I found a few flexi-discs, these two were cover mounted on Hotpress Magaxine. 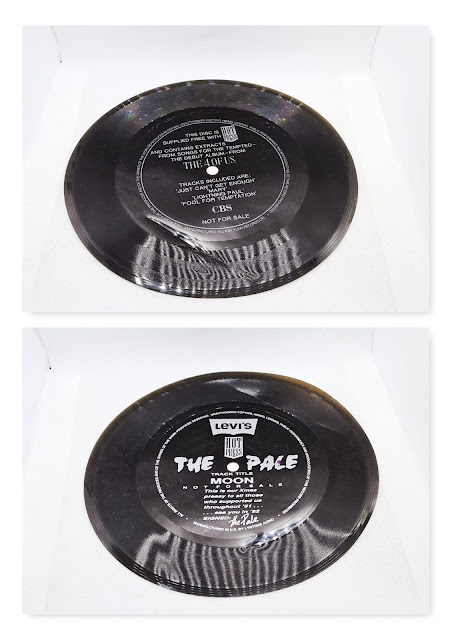 So flexi-discs are exactly what they sound like, flexible discs that you play on a record player.  They are rather delicate though, prone to creases and other damage. You got to mind them well (like leaving them in an attic for 21 years....).
Anyway, the top disc is from The 4 of Us (mentioned above) and features extracts from their debut album 'Songs for the Tempted'.  The second flexi-disc is from The Pale features the track 'Moon'. I was talking with the band about it and they told me it was actually their debut single and they don't have a copy of it.  Well I figure it's worth more to them than me, so I said I'd forward it on to them.  I really got to get that sorted this week!
As I look in to the collection more, I'll post any gems I find here. It's such a blast revisiting the past through that collection.