So it started out with picking up the Tape and Vinyl collections from my folks house... They've been sitting there looking at me ever since.  I had to do something, I had to find a way to store these pieces of history.  I also had to find a way of playing those cassettes!

I made a plan, I was going to use my spare / junk room as a music room.  Somewhere I could go and listen to music in peace.  My musical equivalent of a Library! A skip was ordered, the junk removed and the project kicked off.

As per usual, I got sidetracked with the tech side. I trawled through the online stores for a week trying to find anyone who sold a HiFi with a Tape Deck. Unsurprisingly, no one does.

Next on the hit-list was Ebay. I searched for another week, but again, I came up with nothing. Anything I found was going to be coming from the US or Australia, and given the state of the world at the moment, who knew when it would arrive.

I tried a local site, adverts.ie, and on the second day, found a Sony CMT-DC1 on-sale for €55.00.  I offered €50.00, as you do, it was accepted and I was now the proud owner of a HiFi.  Obviously, before I bought it, I checked it out online and all the reviews came back positive, many raving about the sound quality. 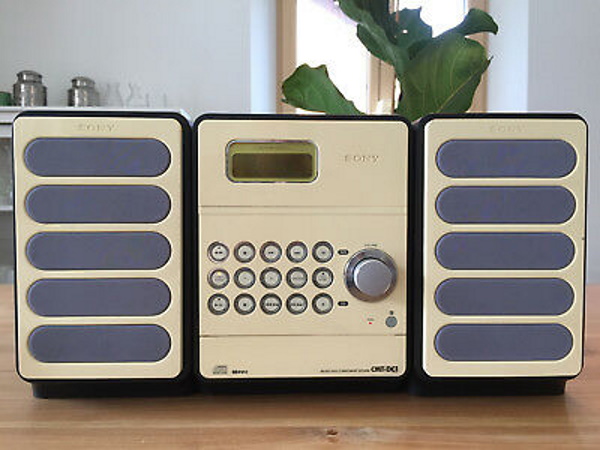 OK, you can see from the photo above, It's not the sexiest piece of hardware ever, but  it does have a Cassette Deck, CD Player, Radio and, most importantly, Aux In so I can connect in my Turntable.

In a previous blog, I mentioned I'd dumped Spotify and setup my own Music Server running Plex. I needed someway of playing that music through the new setup. For a previous, now defunct, project, I had a small Bluetooth Audio Receiver. That would be paired with an Amazon 7" Tablet I had spare.

That should, in theory, all work perfectly, but I only had one Aux In on the HiFi! Again, for another old project, I had a Stereo Audio Switch Box. 3 Inputs, 1 Output.  I hooked the Turntable and the Bluetooth Audio Receiver to it and then connected the Switchbox to the HiFi.

Then I tested it all out.  Tapes played fine, as did CDs.  I've no aerial connected to the Radio, so I didn't bother trying that.  I turned on the Turntable, loaded up some Vinyl and it worked, a little bit of hiss and crackle, but that could be down to dust.

I'd already installed PlexAmp on the Tablet and paired it with the Bluetooth Audio Receiver.  I selected it from the Switchbox, opened PlexAmp and hit Play on a tune.  It worked, first time, straight away and it sounded pretty good!

Oh and I had a spare TV doing nothing, so I hung that on the wall and connected it up to the network for YouTube and other Streaming services.

I picked up a Kallax unit in white from Ikea and added in two Drawer units in Black.  Rather than standing the unit vertically, I placed it horizontally to use it as a sideboard.  The Cubes are big enough to hold Vinyl LPs, and the Drawer units store the Cassette Tapes.  It's like I actually planned it all out! 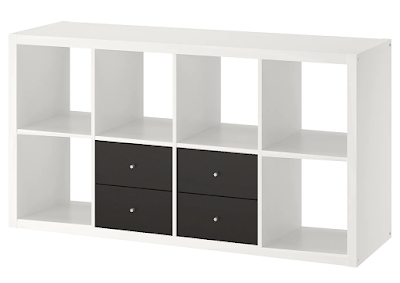 The next step was to hang up some Floating Shelves. Keeping with the chunky theme of the Kallax unit, I picked similarly styled shelves in Woodies to match with the drawers.
All that remains to do is tidy up the electrics, give the room a coat of paint, hang some photos and add a carpet to the floor.
And that's it so far, When it's finished, I'll post a few photos.  I hope it looks as good in reality as it does in my head!